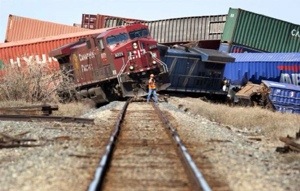 Benjamin Franklin’s most serially abused quotation “Those who would give up essential Liberty, to purchase a little temporary Safety, deserve neither Liberty nor Safety.” (Reply to the Governor, 11 Nov 1755) gets thrown around like a cheap bromide once every few seconds, particularly in dangerous times.  Despite the quote not meaning anything close to what people want it to mean, it’s always a useful jump-in point for a discussion about the erosion of personal liberty for the purposes of pretend safety.

To state a thesis: in a country so diversely composed as the United States of America, there is no such thing as Government-provided safety, and anyone who tries to convince the citizen that any government action will make them safer is simply shilling for authority.

President Trump initiated a 4-month ban on people from certain nations entering the United States on the basis that in so doing, he is acting to prevent the people from those countries from performing acts of terrorism in the United States.  Forget for one moment that, as far as we know, very few if any people from those states have performed acts of terrorism in the US before, and focus instead on the more potent threat of radicalisation of people already in the nation.

There are a lot of people angered by the Executive Order in question and its implementation – and very many of those people are able to be radicalised by an incensing and utterly unrepentant President.  For those people, there must be a calculable risk that some will be spurred on to considering violence – or were already planning it.  If they do, of course, they will be bad people and should face old-West justice. This blog has no time for terrorists.  But the second that one or more people from inside the USA undertakes an act of this sort, the illusion of safety delivered by the Presidential pen will vanish – and forces even more terrifying may make themselves known.