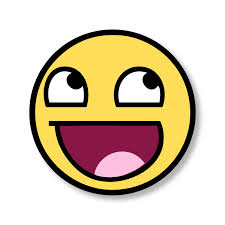 Thank you for the opportunity to apply for the position of National Security Advisor – an important role at a vitally important time in American and world history.

My National Security credentials are pretty thin – and I’m not a US citizen.  But then neither is Vladimir Putin and the fact appears not to be a bar to giving you advice about the topic at hand.

I subscribe to the idea that the United States is the single greatest driver for freedom, security and justice in the world.  I further subscribe to the idea that the protection of the United States from the threats it so obviously faces from terrorism, rogue states and the creeping territorialism of China, Russia and many other nations is morally equivalent to the protection of freedom, security and justice.

As a result of this conviction, I think it’s fairly important to have a National Security Adviser who isn’t likely to go to jail.  I haven’t even had a parking ticket (I don’t drive) and the one time the police picked me up it was to give me a lift home because they thought I looked a little bit cold one evening.  I promise you that I have never unlawfully attempted to broker a deal contrary to the terms of the Logan Act, and that any time I ever had secret talks with a Russian recorded by law enforcement it was a terrible misunderstanding and I had no idea it was that sort of a massage parlour.

In terms of international policy, I prefer technological walls to physical ones, but I’m a big fan of PT Barnum’s philosophy, so while you’re giving the people what they want I would propose to be monitoring threats, passing those threats to the Secretary of State, your office, the Joint Chiefs of Staff and the Congressional Oversight Committees – but always by secure approved communications channels or direct briefing – very rarely through Twitter and vanishingly rarely through Sean Hannity.

I know it’s a big ask, but believe me when I tell you I’m likely to be a more effective person in the role than practically anyone your current advisers are pointing you towards.

I’ll leave that with you.