Trump should be finished; Johnson has about a month to get a grip. 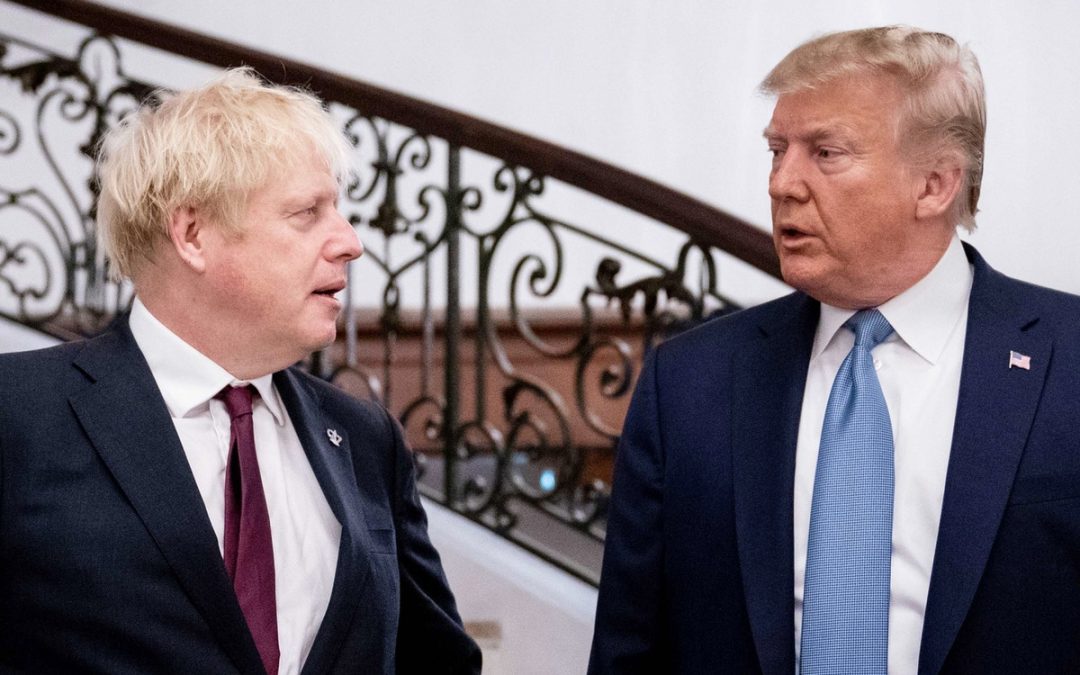 A casual observer could be forgiven for mistaking the current state of British and American politics as a little mismanaged at the moment. With two unconventional leaders, one might be surprised that their opponents equally fear being beaten again by them come the next set of elections.

In the United States, the fundamentally unsuitable Donald Trump languishes in the polls as the global superpower stumbles headfirst into elections in November, but there is no overwhelming confidence anywhere that the elderly Joe Biden, former vice chairman of that parish, can best him when people cast their ballots. The Trump campaign, best summarised as ‘Vote for the rich man who hates all the same people you do’ would have been beaten to a bloody pulp by any half competent Democrat in the past, but this election takes place in a culture war where the incumbent validates every conspiracy theory, brandishes every previously forbidden federal weapon and acts entirely without the dignity of his office. The Democrat game plan seems to be intelligent in only one respect; they are content to allow Trump to make all the mistakes he wishes.

This approach has shortcomings – in allowing the incumbent to command the media as he does, Biden’s campaign risks being drowned out. In any case, Trump would sooner be running against the Democrat’s pick for Vice President, Kamala Harris, partially because she is black and female, two things Trump doesn’t have much time for, and for which he bets most americans planning to vote have no time either. American politics is a cess pool until further notice.

In the United Kingdom, Boris Johnson, leader of the Conservative Party, has begun to reach the end of his usefulness as the Brexit ramrod. Click To Tweet

In the United Kingdom, Boris Johnson, leader of the Conservative Party, has begun to reach the end of his usefulness as the Brexit ramrod. His stunning election landslide should have given him the confidence to trust his instincts; we may be discovering that he doesn’t have any.

The COVID-19 crisis was handled too cautiously at the start, giving many to disbelief at the steps apparently necessary to contain the pandemic in the UK. The crisis has shown the long-considered-dormant liberty loving Brit is still alive and kicking. Brits have not quietly accepted restrictions when they’ve been badly expressed – the benefit of the doubt has long since passed, and the reduced trust for politicians and those in public life have left many unable to meekly accept restrictions.

Meanwhile, Boris et al have stonewalled an obscure request for details on its plans for food saftety regime after Brexit, resulting in a mildly daft effort to unilaterally opt out from a trade control principle, further resulting in an unholy and entirely underinformed row over what is and is not a law. End result? Five former Prime Ministers and assorted former law officers, barristers, attorneys general etc have carefully explained why it shouldn’t happen, and the government pressed ahead anyway on the basis that it was only a teeny weeny breach of the law that didn’t really matter in the grand scheme of things. We must remember that when we’re having machete parties to celebrate the end of Brexit restrictions.

Across the aisle, Sir Keir Starmer, former Director of Public Prosecutions, knight of the realm and leader of the Labour Party, should be wiping the floor with Johnson and his team, but, despite making some gains in opinion polls, the festering sore of Brexit (against which he is perceived to have been a stalwart) continues to weep into his public persona. He is a reliably incisive thinker, but he cannot match Johnson for boisterous rhetoric, and he is hamstrung by a far left rump in his party who would rather he, Israel and the UK’s jewish population would get in the sea. If he can get a grip on his party and cut through with relatable messaging about the government’s policy and approach to Brexit, he has a chance to become the thought-leader. As the parties begin conference season, his performance on the Sunday shows suggests there’s more work to do.