A crucially stupid decision by a non-essential politician 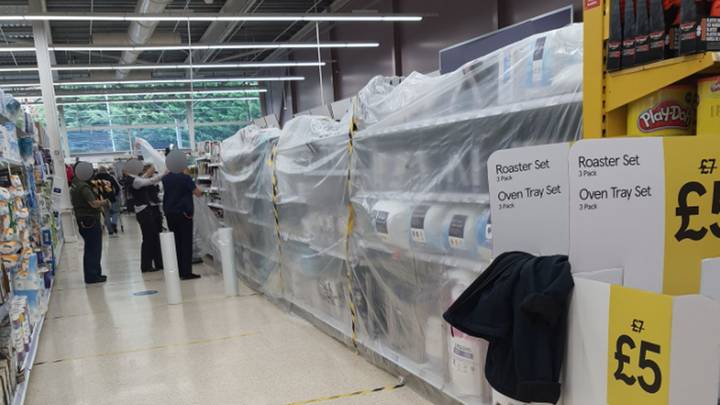 The decision by the First Minister for Wales Mark Drakeford, that only ‘essential’ items should be sold in Wales during its current COVID lockdown is the single most stupidly anti-freedom decision taken by an empowered politician in recent memory.

Like all arbitrary decisions arrived at by a committee of human beings, it will have unintended consequences, one of which will hopefully be the total destruction of the hapless and usually feckless valleys junta.

You may ask yourself, with some justification ‘what is an essential item?’ and come, as the day progresses, several different answers. Images of plastic sheeting pulled over the homewares section of a Welsh Tesco should give us all pause, so let’s think about this for a moment.

Everything is non-essential until it’s needed. A duvet (one of the items forbidden to shoppers in Dafydd ap Gwilym’s land) is absolutely not needed until the point at which, perchance, one becomes wet when a pipe bursts, or one tears when it’s in the dryer, or it’s soiled by an elderly parent in lockdown herself, in which case it’s as close to essential as you can get. But go to get a duvet to sleep in as winter draws the dark around us in Mark Drakeford’s Wales and you will be directed towards the sliced ham, which apparently is essential.

It should be absolutely obvious that arbitrarily determining ‘essential’ and ‘non-essential’ is the act of the terminally feeble-minded. They have managed to come to such a state of affairs where it is possible to buy a Viennetta but not a bucket. This insanity needs to end, before it spreads across the Bristol Channel, wreaking havoc for suppliers of all sorts of products across the UK but most particularly in Wales.

The economics of such a decision are obvious – reducing supply of goods people consider essential will depress local retail and cause mass unemployment, while Welsh people, rightly, will simply turn to online suppliers for all their needs. Those suppliers have no local attachment – Welsh people will still get their duvets but Dai Evans won’t make a penny from it, and will have to lose his staff, whilst Jeff Bezos will receive but won’t even notice the enhanced revenue.

The human freedom to walk into a shop, select goods they themselves decide are essential (otherwise they wouldn’t put them in the trolley) has been stolen from the Welsh people by a Labour politician from the left of his movement who affects to know better than they do what they should or should not buy at the shops. In enacting his capricious crusade against retail and entrepreneurship, he may well wake up a sleeping dragon – and then a duvet will become non-essential.