Getting out in front of it 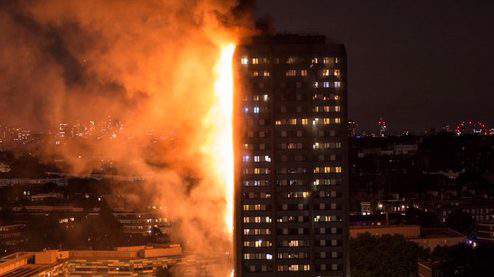 There are a number of things Theresa May could do to show she cares. http://nabidana.com/2017/06/getting-out-in-front-of-it/ Click To Tweet

Theresa May has done everything exactly correctly, 100% by the book.  Surveying the catastrophe of Grenfell tower, she took the security advice given by the Metropolitan Police and visited members of the fire service and police who had been at the scene.  She most probably discussed resource needs and offered the support of the Parliament and the government.

In today’s political theatre, however, that is not enough.  Politicians now have to be a shoulder to cry on, listening, intently, to the needs of individuals.  It’s not about being able to actually do anything practical any more – it’s about being seen to do something impractical.

This isn’t Theresa May’s fault. She isn’t someone given to emotion.  She believes in cracking on with the work needing to be done, and reckons that there are trained professionals on hand to actually help rebuild the lives of the suvivors of that horrible morning.  If she has a failing – and she does – it’s that she doesn’t seem to get that leadership of this sort is 70% emotional intelligence and 30% actual capability.  You can paper over a lack of capability with a clear indication of emotional intelligence, but you can’t convince people you give a shit by making sure the police and fire brigade are operationally sustained. People need more.

The Prime Minister needs to use the power at her control to reassure people and help them. http://nabidana.com/2017/06/getting-out-in-front-of-it/ Click To Tweet

There are ways for the PM to get out ahead of this, own the crisis and use the immense power of the government to help and reassure people. She believes in cracking on and getting things done – just off the top of my head, in keeping with Tory principles, she can: