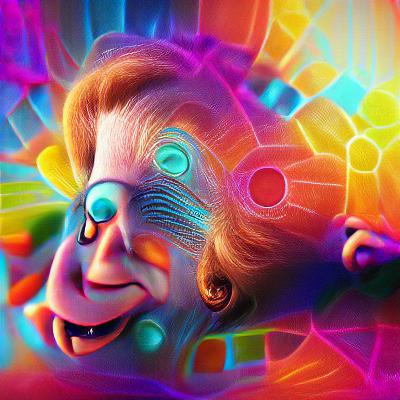 Back when I was a callow youth in 1995, the thing which drew me to the Conservative Party was that we were essentially boring, grey suited people who happened to know quite a lot and happened to be very interested in the United Kingdom continuing to exist. We didn’t much love the EU, but we were prepared to tolerate it, because it gave us something to blame other things on. That was clever politics. It was the kind of clever politics which had made us the single most successful political party in the western world.

For some reason, today, I find myself wondering how much LSD has been contaminating cucumbers in constituency association sandwiches, because all the clever stuff we used to have going for us as a political party has been displaced by a frenetic almost psychosexual desire to deeply and irrevocably fuck the shit out of our reputation as a credible governing party.

In part, you are responsible for this. You allowed the party to take lunatics like Braverman and Francois and Dorries seriously as political thinkers rather than the sorts of people we avoid in bus stations. In the good old days these were the people we asked to carefully ensure that pamphlets and leaflets were folded correctly before we went out on a canvass, and asked them to man the fort at the Constituency Office while we were out interacting with the electorate. Now, they’re the sort of person who gets appointed to offices of state.

In part, people like me are responsible for this. We allowed Boris to deselect the clever witty grey suited people who knew stuff and didn’t throw a tantrum. We pretended that the people had voted Conservative at the last General Election rather than the ‘Jesus Christ Just Get On With Brexit and Stop Magic Grandpa Marx’ party. Instead of electing a party with a continuing mission to govern the United Kingdom, we together allowed the party to define its objectives so narrowly that it has, as far as outsiders can see, no real continuing reason to exist.

But the Conservative Party has a mission, and it needs to get back to the mission as quickly as possible. Handle the current crisis and get us back to arguing for lower taxes and sustainable comfortable growth. Provide for an education system which values the learner and urges them on to become the researchers, developers, writers and producers of our future prosperity. Respect people’s freedom and their right to be left alone by government as far as possible. Make it easier for young people to buy houses or at least rent somewhere that doesn’t cripple their finances. Make it possible for our veterans to live happy, productive and prosperous lives. Abolish leasehold. Fix the cladding on vulnerable houses.

Without solid reasons to vote Conservative, people will prefer the client state they’re being offered by Sir Keir Starmer, and they won’t notice the cabal of idiots their fragile party shoehorns into positions of future responsibility. And when that happens, we’ve a long hard climb to get back.

When I was a callow youth, I thought that some day, probably at a conference in Harrogate or Brighton, I would like to try LSD. Now I see what it does to people, I’m not so fucking sure anymore.

Artwork: Prompt ‘Margaret Thatcher on LSD’. This artwork was created with the help of Artificial Intelligence. Create your own AI-generated artworks using NightCafe Creator.