The Fuzz and the Grimes 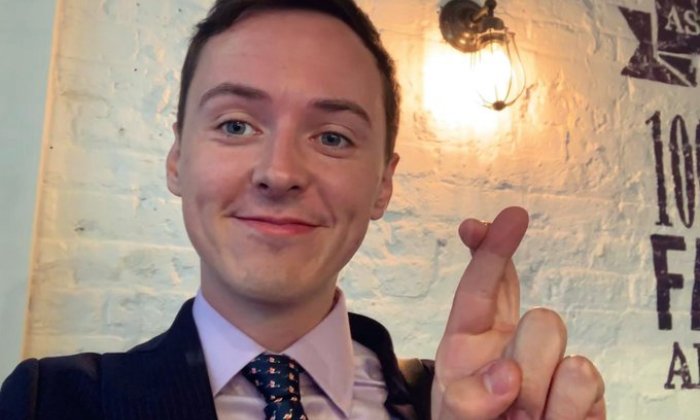 The Metropolitan investigation into Darren Grimes’ David Starkey interview should not be controversial, primarily because the investigation should have consisted of some sort of reasoning such as:

Someone in the Metropolitan police should have considered whether there was a likelihood of a reasonable person considering the interviewer at fault when an interviewee says something that someone disagrees with, and whether a reasonable person would consider an interview with Darren Grimes a public order matter. Someone in the metropolitan police should have caught themselves the fuck on and written back to Durham Constabulary that this would seem to be a complaint about someone saying something someone else disagreed with, and that that is a waste of time and effort. Job done, case closed.

Of course, it could be that the Met is doing exactly that, and we will all be able to sleep at night knowing that the police in England are not an absolute shitshow at the moment. To be clear, if someone submits a complaint to a police officer, I expect it to be investigated, irrespective of how nonsensical it is, up to the point at which it is clear that the behaviour complained about is not an offence. I expect the police to exercise their discretion and to move on to dealing with other criminals.

I dislike David Starkey’s lazy approach to discussing subjects about which others are sensitive, but in the past I have dealt with that like an adult human being with a modicum of experience and intelligence – I have assessed what he’s said, determined whether it was valuable, and if not, I’ve waited to hear the next person speak. Being offended by someone else’s opinions, even if those opinions are just stupid, is a waste of your time. Complaining because a person you think is a racist said a racist thing on a platform you don’t have to pay for is a waste of your time.

The right of freedom of speech is tethered by the common sense to avoid saying stupid shit about people when doing so will destroy your life. Click To Tweet

I don’t care if Starkey’s career is in tatters because he said something he should have realised saying would leave his career in tatters. The right of freedom of speech is tethered by the common sense to avoid saying stupid shit about people when doing so will destroy your life. You have always had the freedom to tell your boss he’s a fat ugly moron; it’s always been a fucking stupid thing to tell him to his face. It has never been a breach of your freedom of speech to require you to understand that people can destroy the life of a public figure if they publicly say something daft.

Which brings us to a crossroads. People should stop saying racist shit because it’s going to destroy their lives to say so, because the rest of us won’t put up with it any more. And the police should occasionally remind people that putting Darren Grimes in jail because he did the literal job of a journalist and published an interview he conducted is stupid; he did not commit a criminal offence. The police wasting its own time should be.